The Ninth Circuit Court of Appeals published an opinion on December 21st that follows its previous ruling in the Borden case, as well as the U.S. Supreme Court’s 2021 holding in Facebook v. Duguid.

Brickman v. Meta Platforms, Inc., dealt with the nature of a “random or sequential number generator” (RSNG). The plaintiff, Brickman, alleged that text messages sent by Meta (the successor company to Facebook) used an RSNG to determine the order in which recipients’ phone numbers were stored and dialed, thus violating the TCPA.

This very question, the Ninth Circuit declared, was answered in Borden v. eFinancial, LLC, decided just weeks ago. In Borden, the court held that an autodialer “must randomly or sequentially generate telephone numbers, not just any number.” Essentially, a dialer can use an RSNG to determine the order of telephone numbers to call without being considered an automatic telephone dialing system under the TCPA, so long as it does not also use an RSNG to produce (or store) those numbers.

Since the Borden decision was directly applicable, the Ninth Circuit invoked its precedential power, writing, “For what it is worth, the majority of the present panel agrees with the analysis in Borden. But we recognize that whether we agree or not is inconsequential because we cannot disregard an earlier published decision of this circuit that is directly on point.” Thus, the ultimate holding in Brickman was that Meta did not violate the TCPA because it did not randomly or sequentially generate telephone numbers.

The Brickman (and Borden) cases follow the Supreme Court’s ruling in Duguid —specifically the often-discussed footnote 7, which stated that an ATDS “might use a random number generator to determine the order in which to pick phone numbers from a preproduced list,” yet not actually generate phone numbers using an RSNG.

Mac Murray and Shuster filed Amicus Briefs on behalf of the Professional Association for Customer Engagement in Brickman, Borden, and Duguid. As these cases reflect a consistent understanding of the definition of “automatic telephone dialing system” in federal courts, businesses using an autodialer with an RSNG solely for determining the order of telephone numbers to be called can feel comfort knowing that courts are consistently finding such systems are not an automatic telephone dialing system. 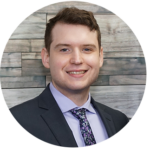